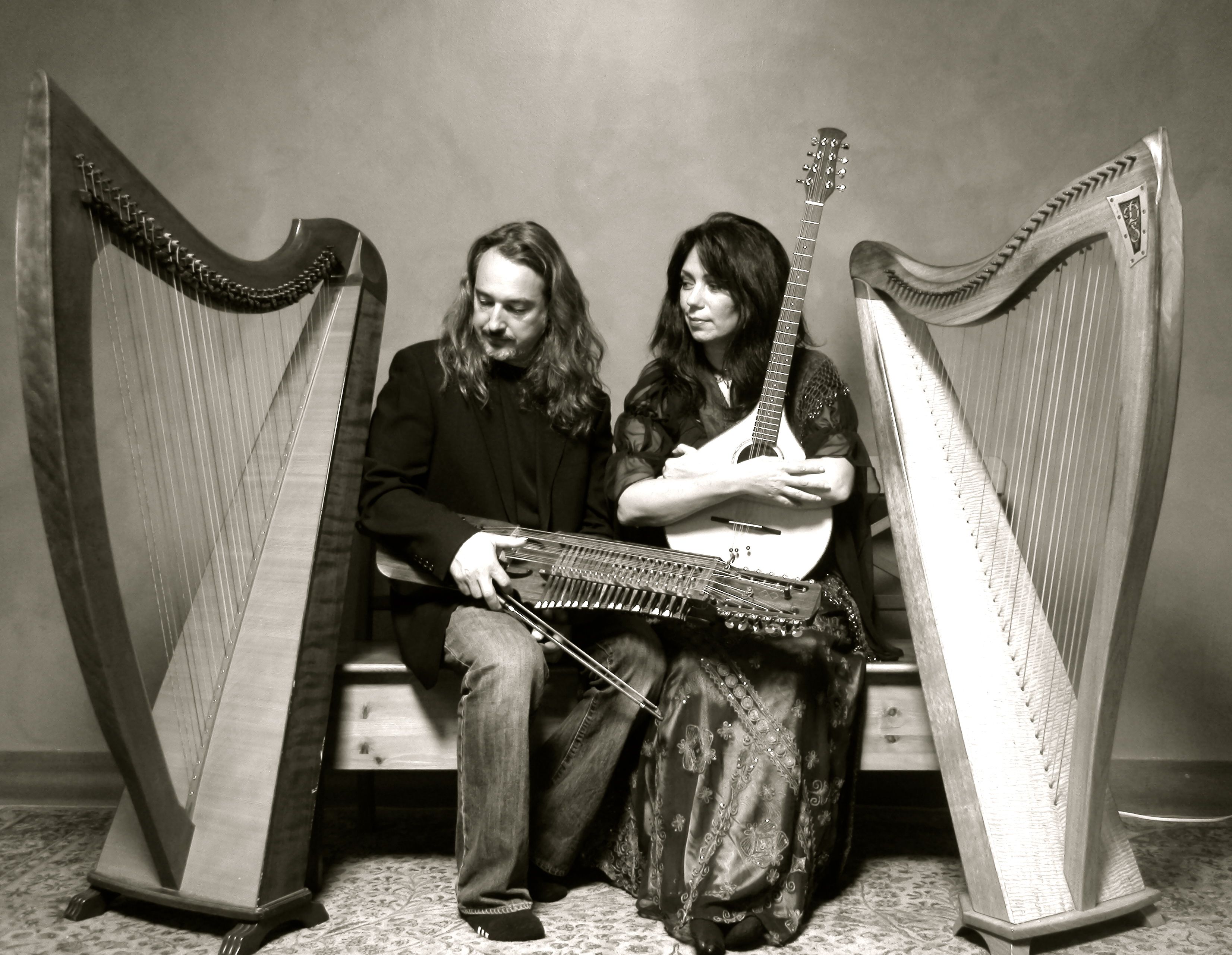 Lisa Lynne & Aryeh Frankfurter are a multi-instrumentalist duo with Celtic Harps, Swedish Nyckelharpa, Ukrainian Bandura, Bouzouki, Cittern and more. Since 2008, their performances have been enchanting audiences throughout the country with unique music, both traditional and original, entwined with humorous stories of our lives as professional musicians whose career spans several decades. Audiences are spellbound and enchanted with their unique show of breathtaking music both traditional and original, with wondrous stories and humor entwined. The result has been described as breathtaking and always results in standing ovations and invitations to return. 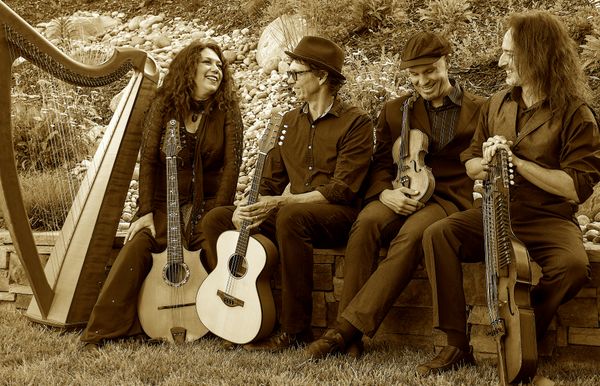 Four highly skilled and well known multi-instrumentalists have joined forces to create an exciting weave of music rooted in the Celtic, Nordic and American folk traditions. Ancient and modern sounds mingle freely on tunes rooted in the northern landscape, and made for dancing. Join the New World String Project for a musical ride that will shake your boots, uplift your spirit and warm your heart. 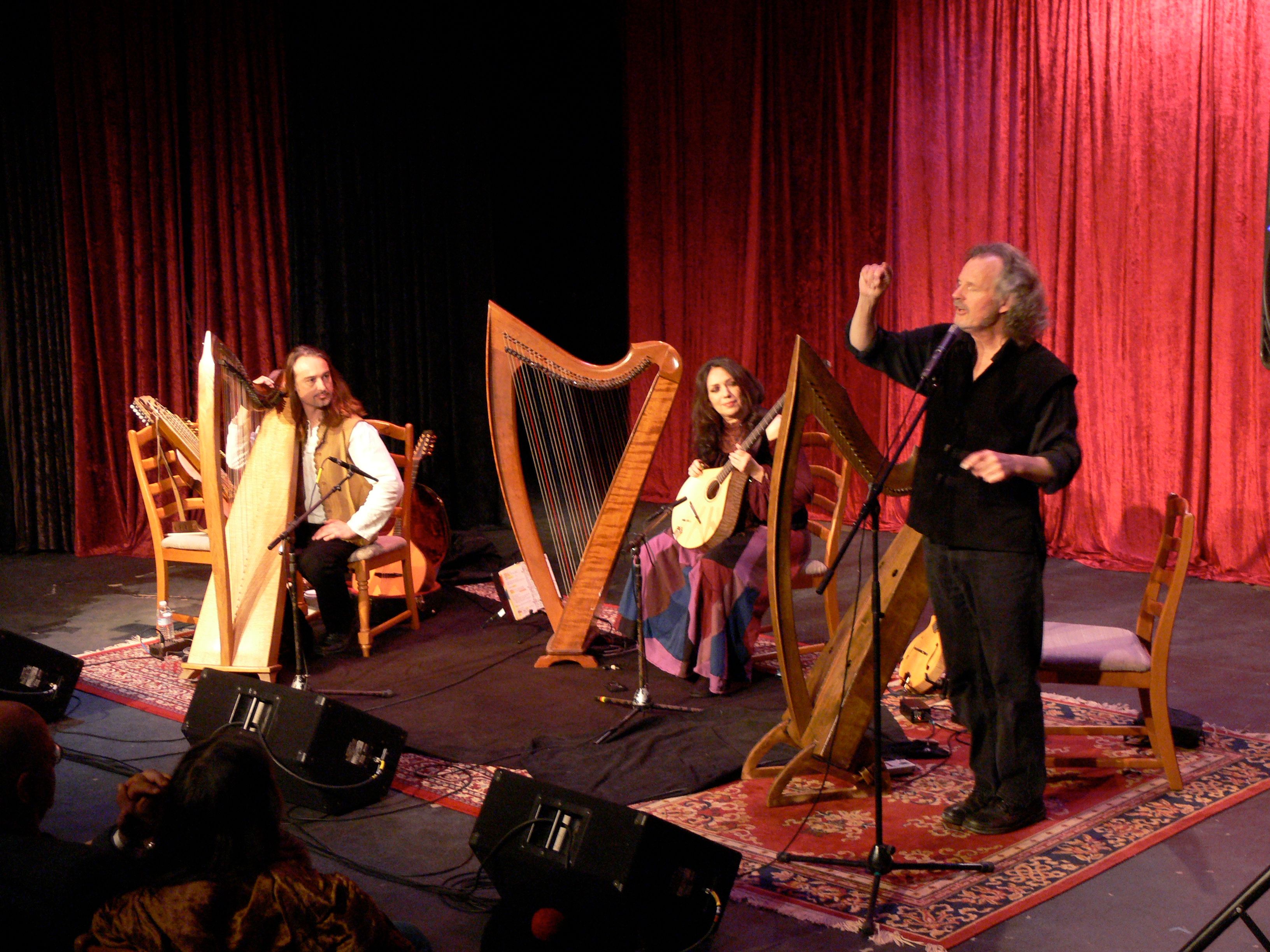 Three of the premier Celtic harpers in the world take you on a dramatic musical journey deep into the myths, magic and fabled history of this most captivating instrument. In this show Lisa & Aryeh provide panoramic musical support to Patrick's spellbinding storytelling. Since 2012, "Legends of the Celtic Harp" has toured throughout the United States including Hawaii and Alaska as well as Ireland.

Patrick Ball is one of the premier Celtic harp players in the world and a captivating spoken word artist. He has recorded nine instrumental and three spoken word albums which have sold well over a half million copies internationally, winning national awards in both the music and spoken word categories. Patrick’s critically acclaimed concerts and solo theatrical productions have toured extensively throughout the United States, Canada, Ireland and the UK, and have been awarded grants by the California Arts Council and the Circle of Excellence Award from the National Storytelling Association. His passion for the oral tradition of Irish storytelling and his love of the wire-strung Celtic harp have made Patrick Ball one of the most beloved performers in Folk music today. 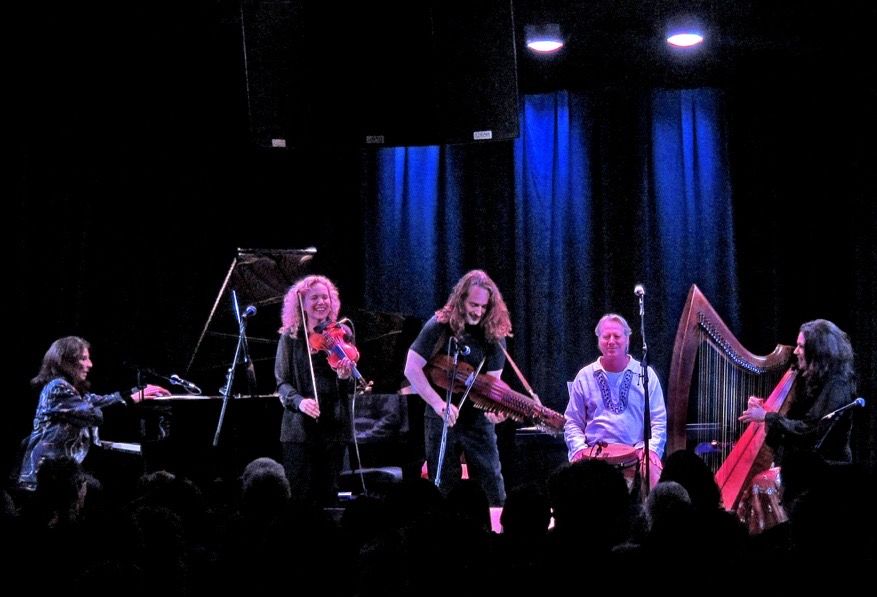